THE ARMENIAN GENOCIDE IS CORROBORATED BY THE INTERNATIONAL SCHOLARLY, LEGAL AND HUMAN RIGHTS COMMUNITY (an extract from the book) 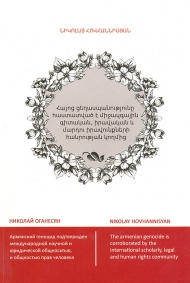