ANI AND ITS CITIZENS 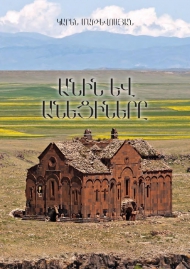 In the history of medieval Armenia Ani played an extremely important role not only as the political and spiritual center of the country but also a first-class place for the development of urban life, economy, crafts and trade, culture and art. The book consists of two parts: the first is devoted to the history of the city, culture, inclusion of the city, monasteries and fortresses adjacent to Ani. The second part is dedicated to Ani - from members of the royal family and aristocratic tribes to a Big City. In 2016 Ani was included in the UNESCO World Cultural Heritage List, which increased interest in it. Therefore, a new study and presentation of the historical, cultural, and civilizational role of Ani is very important.