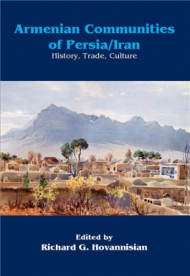 Armenian-Iranian interactions date back to the depths of antiquity. At times, Armenia and Iran were friends and allies, even sharing common dynasties, and at other times fierce and unrelenting adversaries. Whatever their political relations may have been, their commonalities in pre-Christian and pre-Islamic social structures and cultural attributes, including linguistic affiliation, are striking. The boundaries between the Iranian and Armenian worlds were porous in many ways. The Armenian presence in Iran is attested from the Achaemenid period to the present. Although the Armenian community of Iran has decreased significantly since the nineteenth century, it still constitutes the most significant Christian element in Iran, finding means to preserve in large measure its religion, language, and traditions and to navigate between Armenian and Iranian identities. This volume of twenty-three chapters written by specialists in the field spans the centuries from antiquity to the present. It is based on two conferences held at UCLA in the series titled “Historic Armenian Cities and Provinces”