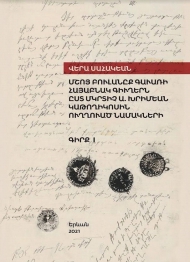 The research titled “The Armenian-populated villages of Mush’s Bulanyk province according to the letters addressed to Mkrtich I First Khrimian Catholicos (Volume I) Catholicos” focuses on the study of the formation of Bulany’k Province (k’aza) of Mush and the Armenian-populated villages. The study answers the research questions such as: When and under what historical circumstances was Bulanyk’ Province formed? What is the etymology of the name? Which parts of Mets Hayq comprise the Province? Which villages were Armenian-populated during the Catholicosate of Mkrtich’ I Khrimian. Based on the files of the archive preserved in Matenadaran that cover the periods from 1893 to 1895, presently we have identified letters from 28 villages. We have digitized, annotated, and additionally translated the letters. The villages are presented alphabetically – for each village, a one- to two-page study is presented in the research.