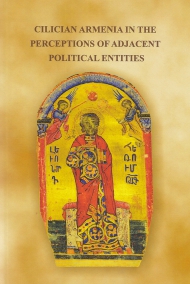 One of the most important achievements in Armenology is over two hundred years of multilateral study of Cilician Armenian history. The main sources, first brought out by the efforts of M. Chamchian, É. Dularurie, V. Langlois, Ł. Ališan, Gr. Mikaelyan, S. Bornazian and others, created discussion on the turning points of Cilicia’s internal and foreign policy. Scholars began comparing information in the official Cilician historiography with that of Byzantine, Latin, Syriac, Arab and Persian sources. The history of Cilician Armenia was being discussed more frequently within the broad context of world history.
The present collection includes the results of scholarly research conducted in 2013-2015 within the framework of the project “Cilician Armenia in the Perception of the Adjacent Political Entities (12th - 13th cent.)”.
The book consists of three parts. The first part is dedicated to the analysis of the Byzantine sources (A. Bozoyan); in the second part R. Shukurov reveals the data of the Seljuqid Persian sources relating to contacts between the Iconium Sultanate and the Cilician Armenian State, while V. Ter-Ghevondian and G. Danielyan deal with the ruling house of the Cilician kingdom and the peculiarities of perception of that state’s civil and ecclesial heads in major Near Eastern documents.