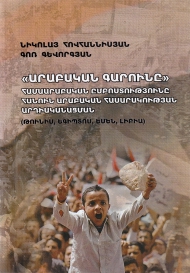 The collective monograph is devoted to the study of Arab uprisings, also known as the Arab Spring that began in 2011. The emerged nationwide movements were targeted at transforming the various exhausted tribal, social and political institutions that were inherited from the medieval period and establishing modernized political systems for transforming state institutions and forming modernized system of values. The research on Arab revolutions was made using the examples of Tunisia, Egypt, Yemen, and Libya. The preference is given to countries where the Arab Spring brought to the change of powers.
The book may be of interest for political analysts, experts, students, specialists of Middle Eastern studies, and a wide range of readers.