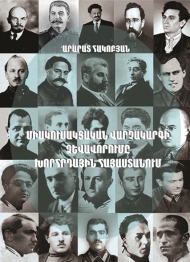 The monograph is focused on the study of the establishment of one-party governance system in Armenia during the sovietisation and following years (1920's). Here several key-aspects of this process are presented - the character and structure of the Soviet Armenian state, voting system, establishment of party nomenclature, discussions and confrontation between different wings of the communist party and their peculiarities in Armenia, etc.