By: Kirakossian A. J., Doctor of Sciences (in History) 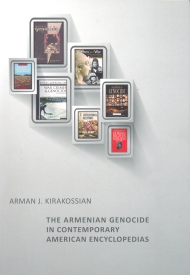 The Armenian Genocide is an approved fact of history, and a public knowledge recognized not only by specialists but also by the international community. For more than thirty years, the successive authorities of the Ottoman Empire have succeeded in cleaning out the native-born Armenian population not only throughout the Armenian Highland but also within the entire territory of the Empire by carrying out a genocidal policy of massacres and deportations, the culmination of which was the Genocide of the Armenians during the First World War.
The field of genocide studies emerged with the analytical and comparative books published in the 1970's and 1980's and was formalized with the establishment of the International Association of Genocide Studies in 1994. The strong efforts of the researchers and acade¬micians in the field of genocide studies, as well as the position of civil societies in many countries and the united policy of Armenia and Armenian Diaspora in this regard were able to radically change the situation in the world public opinion and historiography. The Armenian Genocide strengthened its position as both a public knowledge and a recognized fact of history. The author studied and analyzed nearly forty specialized and thematic encyclope¬dias, dictionaries, resource guides and handbooks published in the United States during the last fifteen years. The respective material is divided in this book into chapters which are representing conceptual and factual aspects of the Armenian Genocide. The book consists of 16 Chapters, list of encyclopedias, list of entries, a bibliography of a literature related to the Armenian Genocide found in encyclopedias, and an index.