“I PROMISED I WOULD TELL” (TRANSL. FROM ENGLISH INTO ARMENIAN BY AELITA DOLUKHANYAN), YEREVAN, 2017: ZANGAK PUBLISHING HOUSE, 156 P. (IN ARM.) 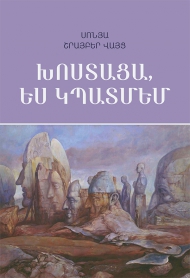 A book review by Dolukhanyan Aelita

Sonia Weitz’s book “I Promised I Would Tell” is a documentary of her experiences. Sonia tells it like it was, without exaggeration and hyperbole, and it is the power of this documentary approach that communicates the enormity of the inhumanity, calamity and devastation brought on by the Holocaust. At the same time, Sonia Weitz’s book communicates hope by showing the power of the human spirit to survive, to see the beauty of life. Sonia Weitz also condemns bigotry and racism. Reading this book will help humanity become better by learning from the mistakes of the past, and live up to the divine mandates of doing good and rejecting evil.